Housing keeps giving long after the holidays are over.

Housing is the solution to homelessness.

This was John’s reality.

John’s easy smile and infectious enthusiasm belie the struggles he’s endured. Once a church worship leader, John found himself on the streets, unable to pull himself out of his situation. He moved around a lot, like many people living unsheltered do. Chased from one campsite to another, John tried to keep a positive attitude. He would pick up discarded things here and there, sometimes useful things, sometimes simply things he found beautiful. He would repair these items as best he could, then either sell them to get a little bit of money, or give them away to people he cared about.

Then John met Elizabeth, and his life was set on a new course.

Elizabeth first met John when she worked for a partner agency. They’d bonded over a celebratory cake she’d brought to the office one day when he happened to come by for help. They encouraged each other through struggles, and they kept in touch.

Elizabeth always worried about John, but was not in a position to help change his living situation until she joined the staff at the DRC. As a member of the DRC Street Outreach Team, Elizabeth learned about the importance of detailing a person’s time in homelessness, recording their journey in the Continuum or Care systems, and how critical documents like a Verification of Disability (VOD) can help move people into housing.

Because Elizabeth had built trust with John, she encouraged him to begin the documentation and verification processes that would help him when she encountered him on the streets. But John was still leery of the Verification of Disability. Although he walked with a cane, he did not want to admit he needed that extra help.

Then the attack happened.

One night, John was jumped by a group of young men who robbed him and beat him up, leaving him with a broken hip. John received treatment at JPS and was released back to the streets. This time, Elizabeth was able to convince him to admit his disability and seek help.

“On a Friday, we completed his VOD,” says Elizabeth. “I came into the office on Monday, and he’d been assigned to a housing program. Then I had to find him, which wasn’t going to be easy. We have seven days from the date of assignment to a program to find the individual and get the ball rolling. Luckily, the grapevine in the homeless community is loud and fast!”

With one day to spare, John showed up at The Flag Building. When he heard he had been assigned to housing, he thought maybe it was a joke.

But it was no joke. After 4,000 days and nights on the streets, John was going home.

Not long later, Elizabeth drove John to Quail Trail Apartments to sign his lease for permanent supportive housing. “He just kept looking at his key, grinning,” she says.

DRC Permanent Supportive Housing Case Manager Bianca continues to work with John at Quail Trail. “John is doing well. He is really grateful for the opportunity to be housed and is enjoying the responsibility of having a home to care for,” says Bianca. “His favorite part about his apartment is his bathroom and shower specifically. He has already made friends with other residents and is looking forward to growing in the Quail Trail community.”

John says, “Thank you so much for being a voice for me. I knew if anyone could help me, it was the DRC team.”

Thank YOU for your support of the DRC. Because of you, John and people like him have the opportunity to turn their lives around. YOU make home happen! 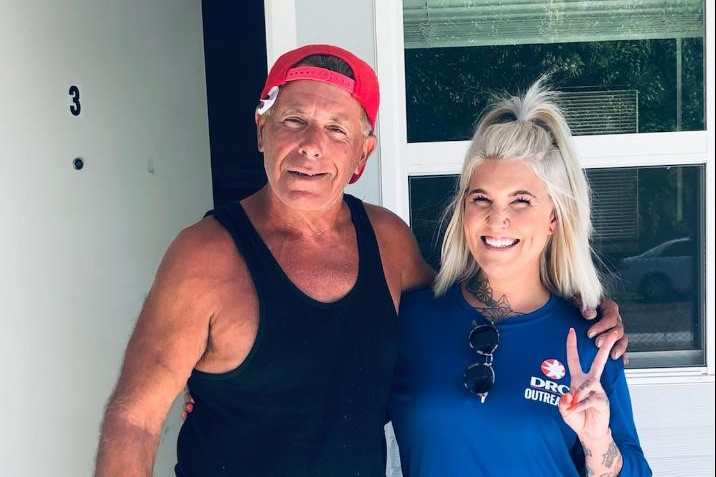 Gifts made through this website will receive a receipt by email. If you require a hard copy receipt to be mailed to you, please contact Liesl Manone at 817-575-7948 or give (at) drc-solutions (dot) org. Thank you!

Prefer to give by PayPal? Use give@drc-solutions.org.

Prefer to give by Venmo? Use @DRCSolutions

Ready to learn even more?

Sign up for our email list and never miss out on the fun of seeing people go from struggling with homelessness to finally going home.  We promise never to share your email address with ANYONE. 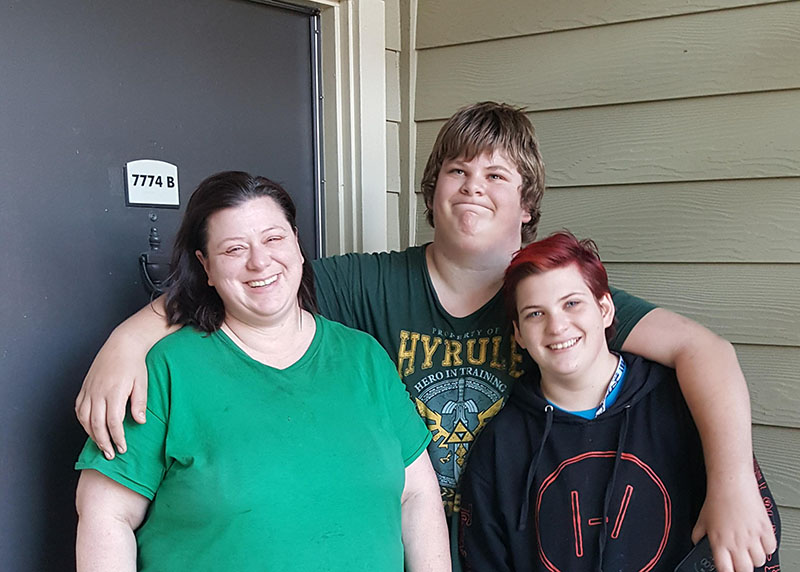 Get all the latest news and updates!
Join here: Sign me up!